The SecDev Foundation is honoured to be partnering on the Twenty-First Century Peacebuilding International Expert Forum 2014-2015. The upcoming Seminar II on Peacebuilding in Cities: Building Safe, Inclusive, and Resilient Urban Spaces will be held on April 17, 2015 in Cape Town, South Africa, in special partnership with the International Development Research Centre (IDRC).

The International Expert Forum (IEF) is a global gathering of leading academics, experts, and policy makers focused on the next generation of peace and security challenges. How can peace be resilient to new threats? What should twenty-first century peacebuilding look like? The first seminar, held in New York at the International Peace Institute (IPI) on November 13, 2014, explored the ways in which organized crime, conflict, and violent extremism interact and the implications of these complex links for peacebuilding. The second seminar, to be held in Cape Town on April 17, 2015, will explore the features and dynamics of fragile cities and evidence-based strategies to prevent violence and build peace in urban spaces. The IEF will be partnering with the IDRC for the second seminar in South Africa with a view of bringing findings back to New York for the final IEF in 2016.

After a century of steady city expansion in the global North, the direction of future population growth is shifting southwards and eastwards. For the next five decades Africans, Arabs and Asians will migrate in unprecedented numbers to cities, especially their slums. Many of these urban centers are insecure, disorganized, and violent. These are fragile cities and they can pose a threat to their inhabitants, their countries, and the wider neighborhood.

The focus on fragile cities offers a novel scale when compared to fragile and failing states. It is also one that is preoccupying national policy makers, military strategists and development experts. There are many factors shaping urban violence and just as many solutions emerging to reverse these trends. Scholars, practitioners and policy makers are often working together to identify key challenges, but also develop data-driven strategies to prevent and reduce insecurity.

Many of these city-based innovations have potentially important implications for broader peace and security debates in the United Nations and other multilateral institutions. UN member states are struggling with so-called unconventional conflicts, violent extremism, and organized crime which is often concentrated in the city. The UN High Level Panel on the future of Peacekeeping, for example, is actively soliciting inputs on how to prevent and reduce violence in cities. Many of the insights on how to do this reside not in the North, but in the global South.

To this end, the International Expert Forum (IEF) is joining with the IDRC to explore ways of building safe, inclusive and resilient urban spaces in fragile cities. Violence reduction, conflict prevention, resilience and peacebuilding in urban contexts will be the focus of this seminar. Held in Cape Town, this second IEF seminar will bring together leading researchers and practitioners in the areas of urban planning, crime prevention, security, development, and peacebuilding in fragile cities. Included among the participants will be lead researchers from the “Safe and Inclusive Cities” program, a flagship initiative of the IDRC.

Tweeting about the event?

We want to encourage you to use twitter during the event. Please note that the seminar, with the exception of the keynote speech and session 1, will be held under the Chatham House Rule of non-attribution.

The International Expert Forum (IEF) promotes the exchange of knowledge between policy makers, practitioners and academics working on peace and security. It consists of a series of seminars held at the UN Headquarters in New York.

The primary purpose is to improve practice by trying to identify what seems to be effective measures, by whom, when, how and in what type of conflicts. The IEF is a collaborative initiative by the Folke Bernadotte Academy (FBA), the International Peace Institute (IPI), the Center for International Peace Operations (ZIF) and the SecDev Foundation. 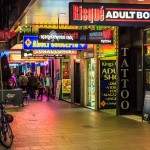 Building Peace at the Nexus of Organized Crime, Conflict, and Extremism 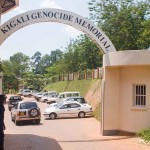 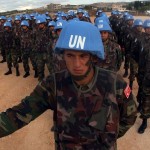 Peacekeeping Operations and the Durability of Peace: What Works and What Does Not? 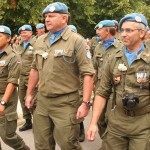 Mitigating the Consequences of Violent Conflict: What Works and What Does Not? 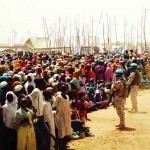 TED Talk: How to Protect Fast-Growing Cities From Failing