Originally published in on Building Peace

The title of David Kilcullen’s latest volume, Out of the Mountains: The Coming Age of the Urban Guerrilla, takes a leaf from Osama bin Laden’s book. According to a CNN reporter, bin Laden told his sons to memorize every rock and pebble on the routes between Tora Bora in Pakistan and their various compounds in Afghanistan. “We never know when war will strike . . . we must know our way out of the mountains.” Kilcullen is, of course, making a broader point beyond the life-preserving benefits of high-altitude orienteering; he is reminding readers that the defining experience of war for the most recent generation of western militaries is Afghanistan and Iraq. These were irregular conflicts taking place predominantly in rural, landlocked areas, and against conventional enemies. He is also making a plea — to military tacticians, aid workers and diplomats — to get their heads out of the mountains and see the future for what it is: urban, coastal, and networked.

The central thrust of David Kilcullen’s book is elegantly simple: he is proposing a grand narrative for the future of warfare, or “forever wars,” and recommending that war-fighters and peacebuilders prepare themselves accordingly. Kilcullen elaborates what he refers to as four key megatrends — population growth, urbanization, littoralization (the tendency of populations to cluster on coastlines) and networked connectivity — which together are shaping chaos and disorder in the twenty-first century. In so doing, he is warning the world’s future diplomats, soldiers, and aid workers that they must anticipate these trends and learn how to mitigate their associated risks. What is more, they would do well to support local institutions if they — that is everyone — is to thrive and live in a future free of fear. If they fail to do all of this, Kilcullen is convinced that the world will be confronted with rampant, out-of-control, and unending violence.

There is a touch of déja-vu in Kilcullen’s treatment of the transformation of organized violence. Drawing on the carefully-cited work of a plethora of scholars, he argues that irregular wars — military operations against non-state actors — are supplanting conventional wars. He confirms the obvious in saying that warfare in various guises will undoubtedly continue, conflict being the permanent social institution that it is. None of this is new (nor does Kilcullen imply as much). Yet it is his treatment of how the contexts of these wars — the underlying demographic, geographic, and technological environments — are undergoing profound changes that is novel. Kilcullen’s contribution is in the way he conjures up a unified theory for future conflict. And in the process, he repeatedly pays tribute to the many gurus who helped him assemble the pieces.

After all, demographers, geographers and technologists have been busy making analogous predictions for years. Demographers around the world have projected breakneck population growth in the twenty-first century — especially in under-developed coastal, or littoral, areas — and have linked this transition to unrest. Meanwhile, urban planners have documented how a massive shift in humanity is occurring from rural areas to cities and their peripheries, especially in the Americas, Africa, and Asia, resulting in sprawling conurbations, hypercities, and megacities. Likewise, futurists routinely describe how unprecedented increases in connectivity are catalyzing new forms of open empowerment along with digital (and real) revolution. But few authors before Kilcullen have brought these otherwise disparate strands together so tightly. 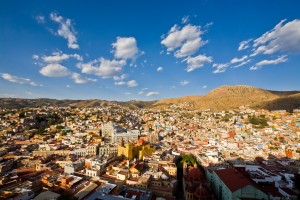 Kilcullen is clearly fascinated with his grand theory of convergence. And in his haste to set it out, he unintentionally constructs a few straw men. He claims to reject simplistic or “binary” explanations of war with their assumption of a single defining risk factor. He also disdains “academic” views of insurgency, terrorism, narcotics, and gangs that work in splendid isolation of one another. Instead, Kilcullen favors an “ecosystem” approach that envisions conflicts as nonlinear, many-sided, and messy. Yet there are few serious scholars or practitioners who would disagree with this characterization, regardless of whether they have field experience or not. And there is growing interest in analogous concepts drawn from ecosystems theory such as “resilience” that explain how societies cope, adapt, and potentially build back better in the midst of war and disaster. Many of Kilcullen’s ideas are very much aligned with established thinking in donor, defense, and development circuits.

Out of the Mountains nevertheless reinforces the importance of thinking differently about future engagement in the world’s urban hotspots. First, drawing on examples as wide-ranging as Afghanistan, Colombia, Jamaica, Mexico, Pakistan, and Sri Lanka, he urges readers to see cities as living organisms and harness the potential of their residents. This means designing public safety into the architecture of cities, planning participatory and community-based systems of monitoring, and investing in environmental design approaches such as charter agreements co-designed with local residents. As any aid worker knows, more police and soldiers is not a sustainable solution. Second, Kilcullen shows how urban safety is a necessary but insufficient measure of successful intervention. What is needed is not just more security and reduction of violence, but also an acceptable level of service provision and functioning urban environments. Third, he draws attention to the transformative nature of new technologies and connectivity. People can connect with national and international information flows to an unprecedented degree, however ineffective the government.

While there is much to redeem Out of the Mountains, it does have a whiff of dystopia about it. Kilcullen writes with the same pace and pessimism as Robert Kaplan (The Coming Anarchy) and Mike Davis (Planet of the Slums). He also brings that same hardened vision from the frontlines, moving with unnerving speed between the world’s most intractable war zones and ungoverned spaces. There are times when the prose slips into deterministic and even Malthusian tones, especially when describing specific cities in Africa and South Asia. He writes ominously of “carrying capacities” of developing country cities, the rise of pandemics from slums, and the cataclysmic risks to food security and water supplies. While hard to deny that these threats exist in fragile cities such as Karachi and Lagos, are they really worldwide trends? Are they exclusive only to low- and middle-income cities? Do we not see similar challenges in inner-city neighborhoods of Baltimore, Detroit, New Orleans or Oakland where homicide rates often rival those of urban centers in the Americas, Africa, and Asia?

Owing to his wide-ranging experience in counter-insurgency from around the world, Kilcullen is well placed to stitch together a grand narrative. Yet in constructing his meta-theory, he also risks oversimplifying the commonalities between settings as varied as Kingston, Kabul, and Karachi. And there is one final puzzling question that some readers, this one included, might ask part-way through the volume: who, ultimately, is the end reader of this volume? As the author himself acknowledges, militaries and urban planners have long anticipated the inexorable pressures shaping city growth and conflict. Counter-insurgency manuals in the US have also acknowledged these trends for years, as have an increasing number of development and relief agencies. The book’s subtitle, The Coming Age of the Urban Guerrilla, suggests that the target audience is primarily western militaries. If that is the case, will they be entirely surprised by what Kilcullen has to say? If, instead, the book is also targeting diplomats and aid workers, then it may in fact inspire a new generation to prepare themselves for the coming storm.

Robert Muggah is Research Director of the Igarapé Institute in Brazil and also directs the SecDev Foundation in Canada. In addition to advising the United Nations and World Bank, he works with new technology groups to develop data-driven tools to improve safety and security.

David Kilcullen, Out of the Mountains, robert muggah