The SecDev Foundation is proud to launch Black Rose a new manga graphic novel raising awareness for digital safety and human trafficking dangers in Vietnam. Black Rose is a dramatic story of a famous singer coming face-to-face with the dark side of our society. She learns and uses cyber skills to overcome the threat of dangerous hackers and the criminals supporting them.

Black Rose is inspired by the famous manga series The Manga Guides (マ ン ガ わ か, Manga de Wakaru) of Japan. This is an educational cartoon series that has launched 41 books. The comic book series focuses on introducing readers to serious topics and a manner that is easy relatable and easy to understand.

Vietnam is among the world’s hardest-hit countries by cyber crime. It ranked 101st of 195 countries in the International Telecommunications Union’s 2017 Global Security Index, a fall of 25 places from 2016. Vietnam government sources estimate that 72 percent of mobile devices are infected by viruses. Cybercrime has personal and social costs, such as lost data and accounts. Cyber criminals pose a serious threat in particular to youth. 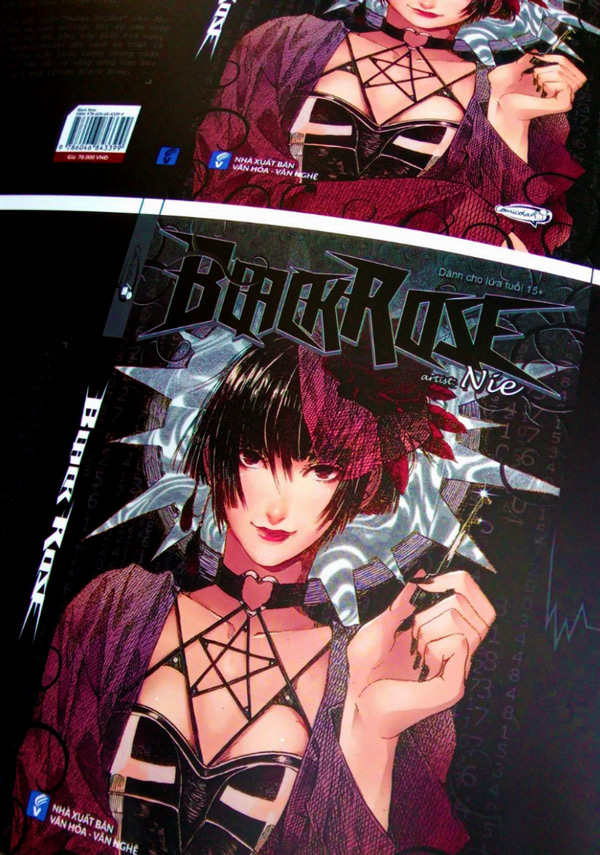 For the past two years, The SecDev Foundation has been working with local partners to foster digital literacy skills among Vietnamese youth. SecDev has helped to support multiple campaigns to promote important digital safety techniques, like better passwords, how to recognize a phishing attack, and two-factor authentication.  Increasingly, SecDev and its partners are focusing on the social aspects of online risks. Vietnam Program Manager Michael Gray said: “We recently conducted an online survey of youth asking about their positive and negative experiences online. Of 453 youth respondents aged 13-17 years, 392 – a worryingly high 87 percent – said they had been approached by a stranger online.”

Black Rose highlights these risks in a way designed to attract younger readers. The graphic novel was produced by Hanoi artists’ network Comicola, who manage a popular crowd-funding website for manga art, and have published over 30 manga books since their founding in 2015. Comicola co-founder and managing director Nguyen Khanh Duong was interested in the project’s goal of combining a dramatic storyline with an educational message:

“This manga book is a very special product for Comicola. In Vietnam, most people think manga is only for entertainment and doesn’t have much value in terms of education. I hope Black Rose will change that perception, the book will not only be entertaining but also containing meaningful lessons. I also hope Black Rose will open a new direction for manga and Comicola in the future.”

The SecDev Foundation sees the manga as a learning tool that youth in many countries could benefit from. Executive Director Deirdre Collings said: “Today’s youth are truly Digital Citizens, using digital spaces in new and ever creative ways.  But the digital world is also full of risk.  It is a huge challenge for parents and educators to keep up with these changes, and to help youth stay safe online.  We believe the strongest approach is to empower youth, themselves, with the knowledge to recognize digital risks and act to protect themselves and others online.”

2,000 copies of Black Rose will be distributed by NGOs in Vietnam to youth across many provinces. The book will also be sold by Comicola at its Hanoi shop. An English version of the book will be produced by the SecDev Foundation later in 2018.

Digital Citizenship Vietnam aims to promote online safety and digital skills among Vietnamese youth. The program supports a range of stakeholders involved in addressing the lack of resources in Vietnam dedicated to expanding knowledge of online best practices for fostering a better digital environment in Vietnam.